You’ve seen those aircraft with the remarkable paint jobs. Aircraft that look fast and lean just sitting on the ramp; aircraft that have panache and communicate the personality of the owner; aircraft that make you smile, make you take a second look. There’s a good chance that the aircraft paint scheme was designed by only one company and their very specialized team of designers — Scheme Designers.

Since 1997, Scheme Designers has pioneered the business of aircraft paint schemes and vinyl designs for all types, sizes, and models – from kit planes through business jets, helicopters to airline fleets. Around the globe, there are over 16,000 unique aircraft wearing a Scheme Designers livery.

Over half of the OEMs delivering new aircraft have worked with Scheme Designers to develop the exterior styling for their factory new models, setting the standard for the industry as a whole. The Scheme Designers team of artists and designers work with each customer from inception through application of their aircraft paint scheme at the paint shop of their choice, and their job isn’t done until the paint scheme has been executed perfectly. The third-annual EAA Homebuilders Week online event. Experts from every corner of the homebuilt aircraft community bring their knowledge and information to builders everywhere through free and interactive webinars.

Join expert Craig Barnett:
Painting Your Plane: DIY or Use an Expert?

Scheme Designers is celebrating their 25th anniversary throughout 2022. The company began with one designer working with a few aircraft manufacturers and customers, to bring custom paint schemes to all general aviation aircraft  –  a new concept in 1997. Since then, the company has expanded to include a team of professional aircraft livery artists who have designed aircraft paint schemes which are flying on over 16,000 aircraft on every continent across the globe. What a flight it has been. Thank you to all our amazing clients!

Craig Barnett grew up in aviation – literally. He was roaming the southern African skies in his father’s Bonanza from before he could walk. He grew up in the back of his father’s Piper Aztec.

As a child, Craig helped his father restore a World War II Spitfire IX to flying condition in the 1970s. As a teen, Craig’s first plane was a 1964 Cessna 150E that he and his father rebuilt. Craig earned his pilot’s license at 17 and flew his Cessna 150E throughout southern Africa.

Craig is a Civil Engineer, artist and commercial pilot with instrument and multi-ratings, and has flown close to 100 different aircraft types. 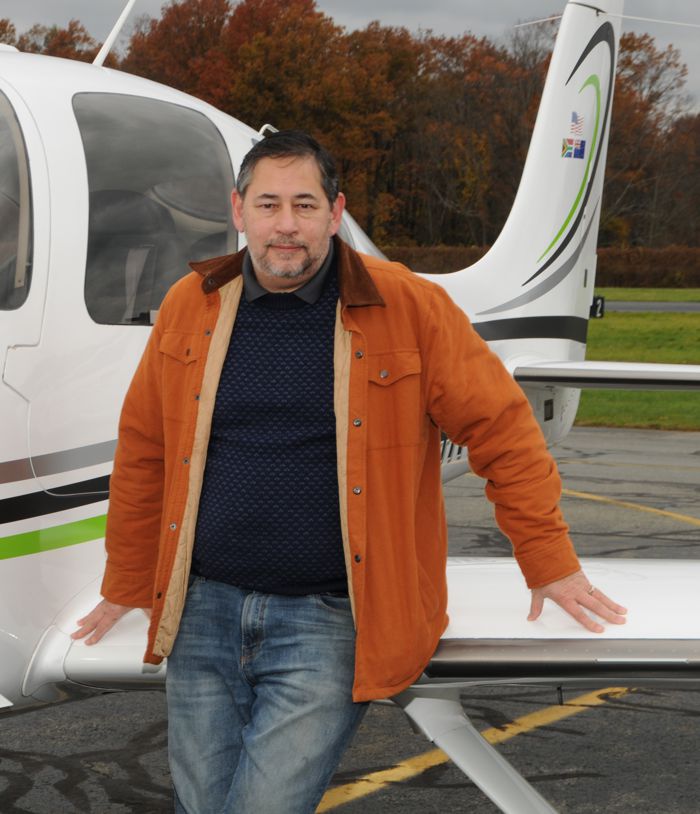 Call Scheme Designers 201-569-7785 today to get started on your custom aircraft paint scheme. Whether you have a single plane or an airline fleet to maintain, Scheme Designers are here to help with a variety of options.